Look at your beetle in peace. Stag beetles are, if you meet them on the ground or on a tree usually very sluggish, have no “fear” and do not run away immediately as for example a ground beetle, which makes all honor to his name when disturbed. However, this calmness is often also tactics, the beetle does not want to attract attention by its motionlessness. If you turn away, the beetles often disappear very quickly. Therefore, take a photo directly! 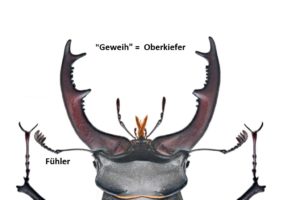 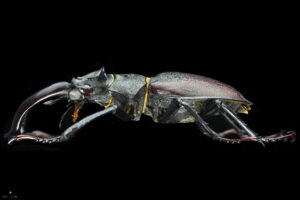 With the male stag beetle, there is actually no possibility of confusion when looking closely. The upper jaws (mandibles) explain his name by itself. Longhorn beetles and ground beetles have partly very long antennae. The antennae of the longhorned beetles resemble the horns of an ibex, while the mandibles of the stag beetle resemble the antlers of a stag.

The “kneaded” antennae of the stag beetle on the other hand, are typical for the family of Lucanidae, also those of the females are “kneaded” This can still be seen very well with the naked eye or with a magnifying glass. The antennae are comb-like at the end.

The sizes and the upper jaw shape vary significantly in the males. 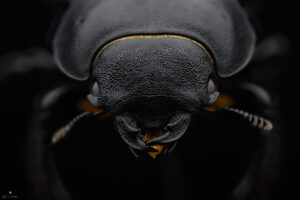 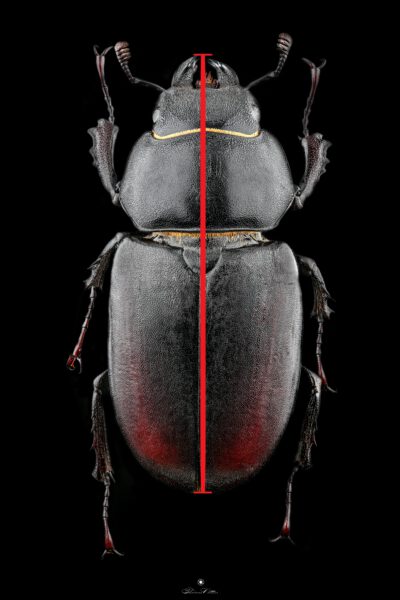 Wing coverts shimmer brown-red depending on the incidence of light

In females the mandibles are much smaller, so pay even more attention to the presence of the kneaded antennae with club-like fanning or to the typical hairy, golden-yellow shields on the upper side of the thighs, then you can actually only confuse the beetle with the Beamed Shrike, a close relative of the stag beetle.

Female stag beetles are usually larger than 3 cm, but sizes below 3 cm do occur in rare cases. Most importantly, the beetles usually appear larger to you as a “layman” because the legs always extend somewhere beyond the body length. If the beetle is clearly over 3 cm, then it is also broader, stronger and can then no longer be a Beamed Shrike. 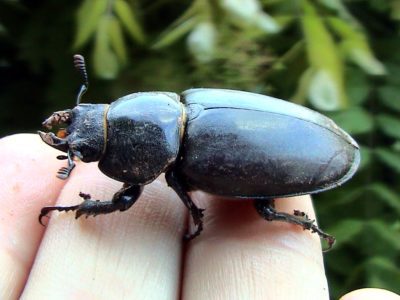 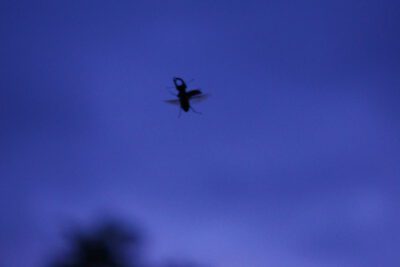 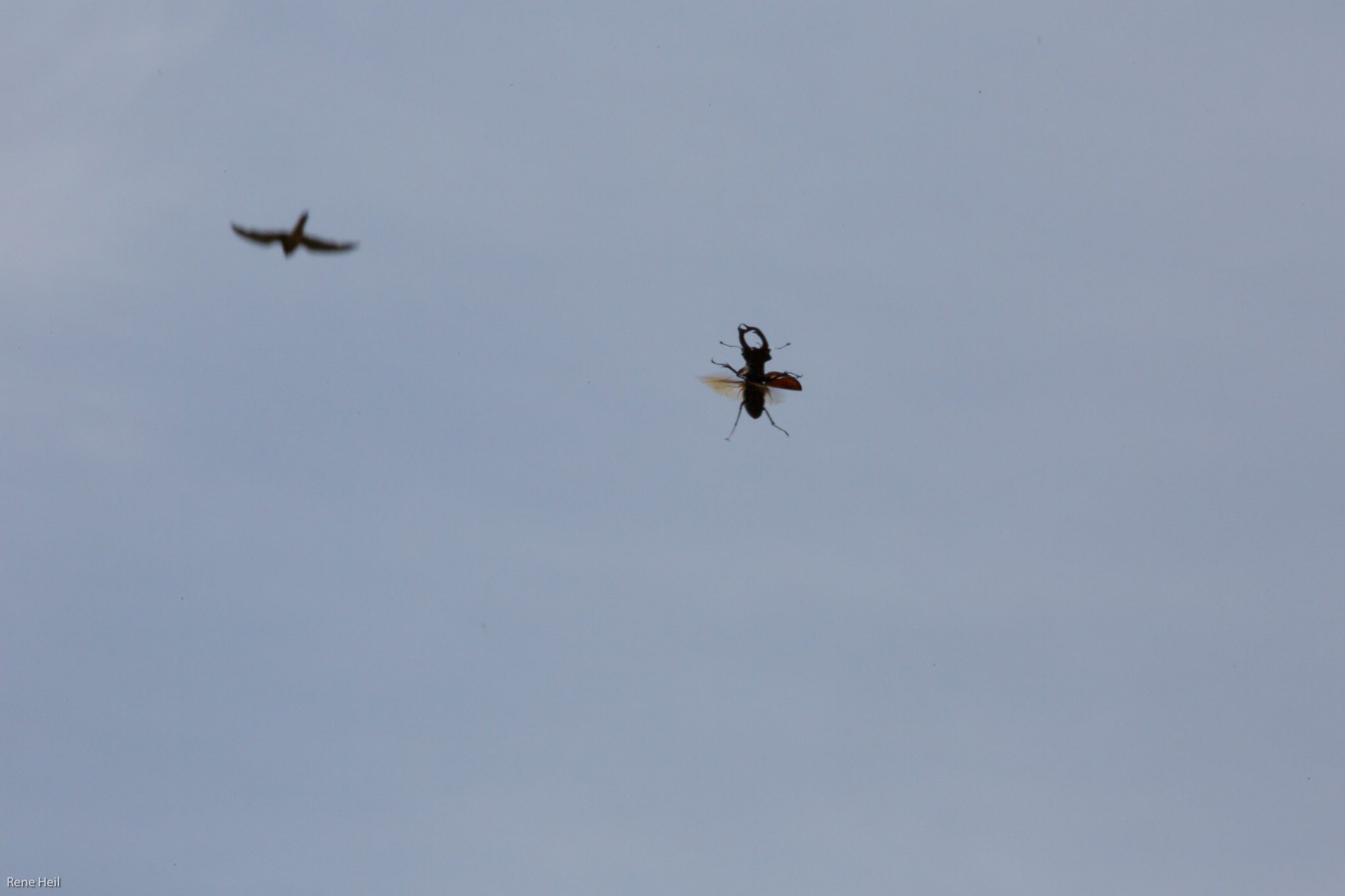 Stag beetles begin their flight season when that of the cockchafer comes to an end. They are larger, and in the male the “antlers” are often clearly visible. A distinct flight sound can be heard. The rump is lowered when flying (see picture & videos & audio). 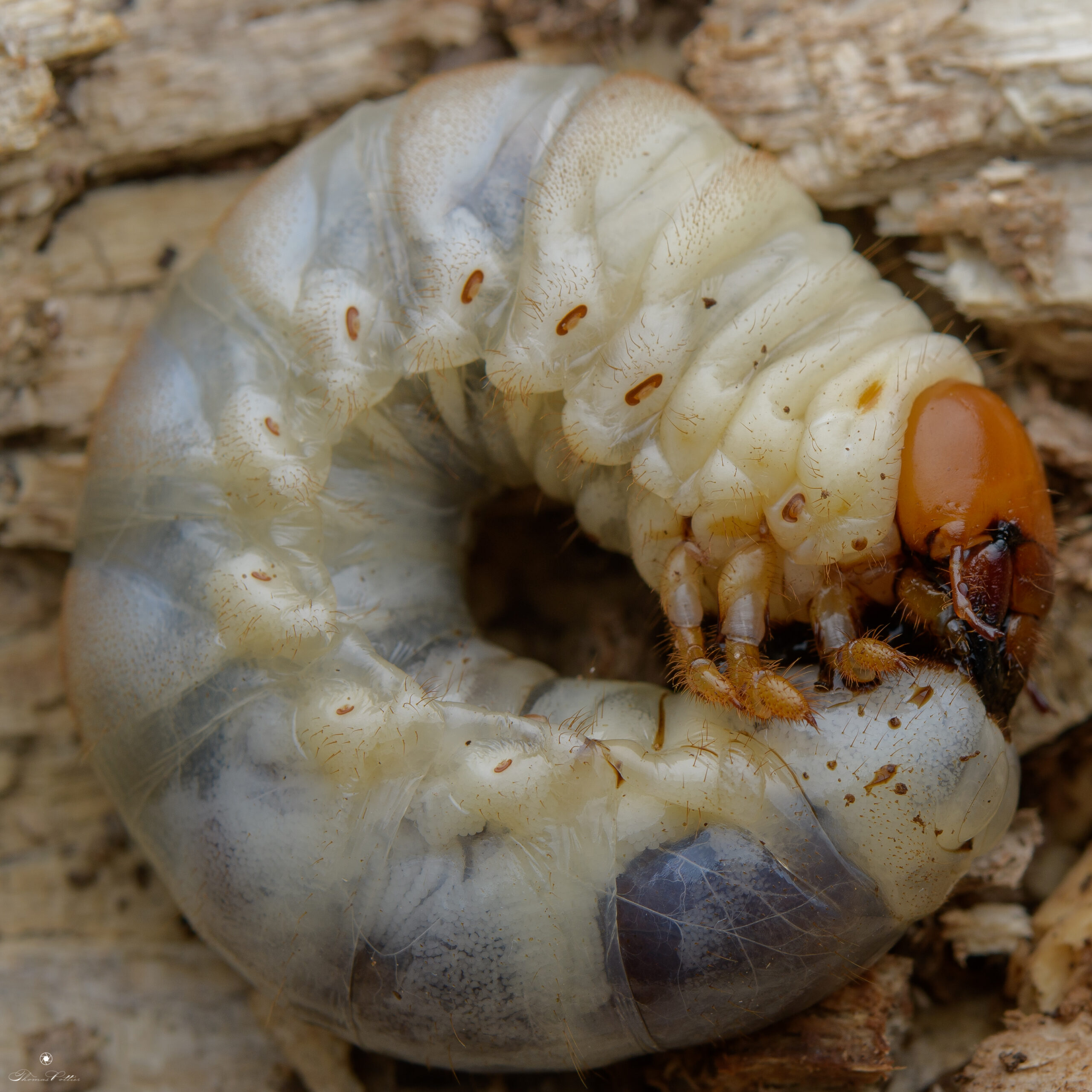 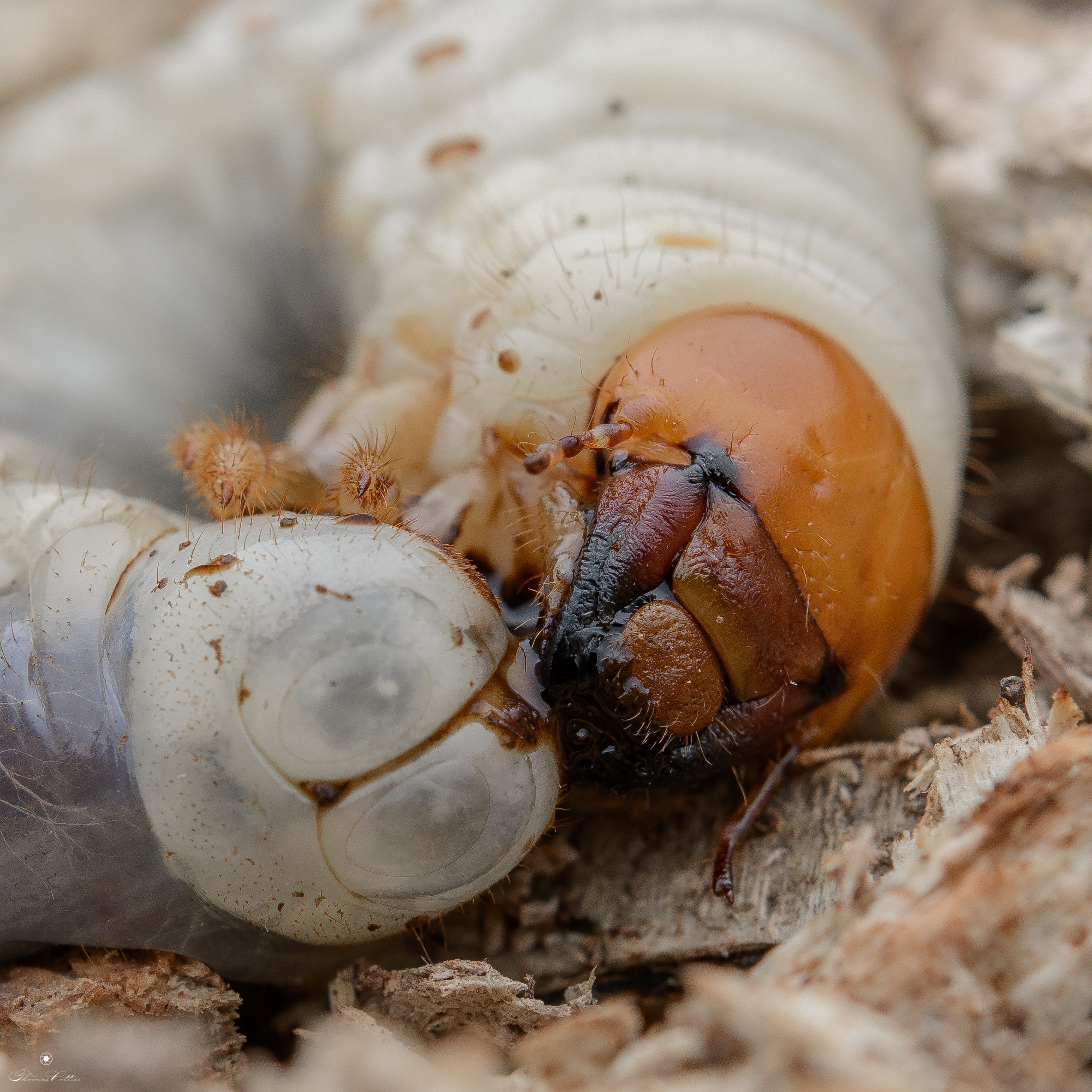 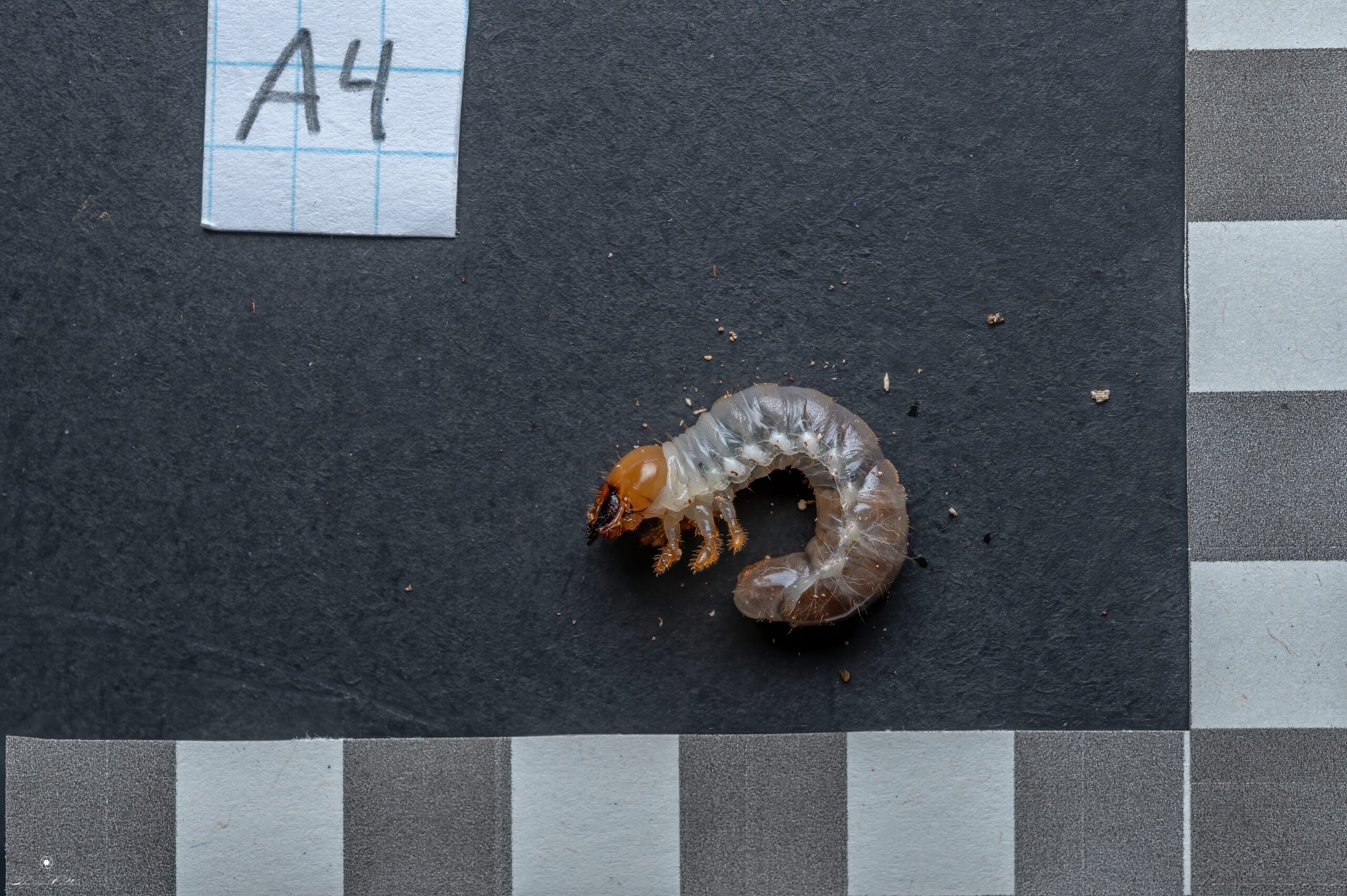 In the photo above you can see a stag beetle larva, a rhinoceros beetle larva and a rose beetle larva. All three always take the typical C -shape, as does the cockchafer. So not every cockchafer is a cockchafer!

May beetle larvae prefer to feed on living roots of various species.

Stag beetle larvae prefer perennially dead moderating tree stumps. They always need decaying wood (white rot), but also contact with the soil. They can be found up to 50 cm deep in the soil on or in the tree stump. It can also be a tree that is still alive, if it has a larger amount of rotting wood in the root zone.

However, as you can imagine, there are transitions between these demarcations. An old beam or thick fence post can sometimes be colonized with stag beetles. Likewise, in the same tree stump can be stag beetle larvae and rose beetle larvae.

In addition, all larvae start out very small, making it harder to distinguish between them. Beamed beetle larvae look confusingly similar to stag beetle larvae, and both can also be in the same tree stump. However, these larvae do not grow as large.

Take a photo of the larva as shown in the photo, if possible add one of the head and rump when the larva is on its back (hold it appropriately) and send us these photos. We will help or confirm your report. And give you advice, because if you have found a larva, you have found and opened a nest, now you have to see how to proceed. We would like to help you with that.

You can only see a stag beetle pupa if you have destroyed the protective earth shell. In that case that’s a red alert. Stop earthworks immediately, where there is a pupa, there are more and contact us immediately. We will give guidance. If you have to leave the nest, loosen the pupa together with the earth body and put it carefully into a plastic box and close it. Cool, but not cold. 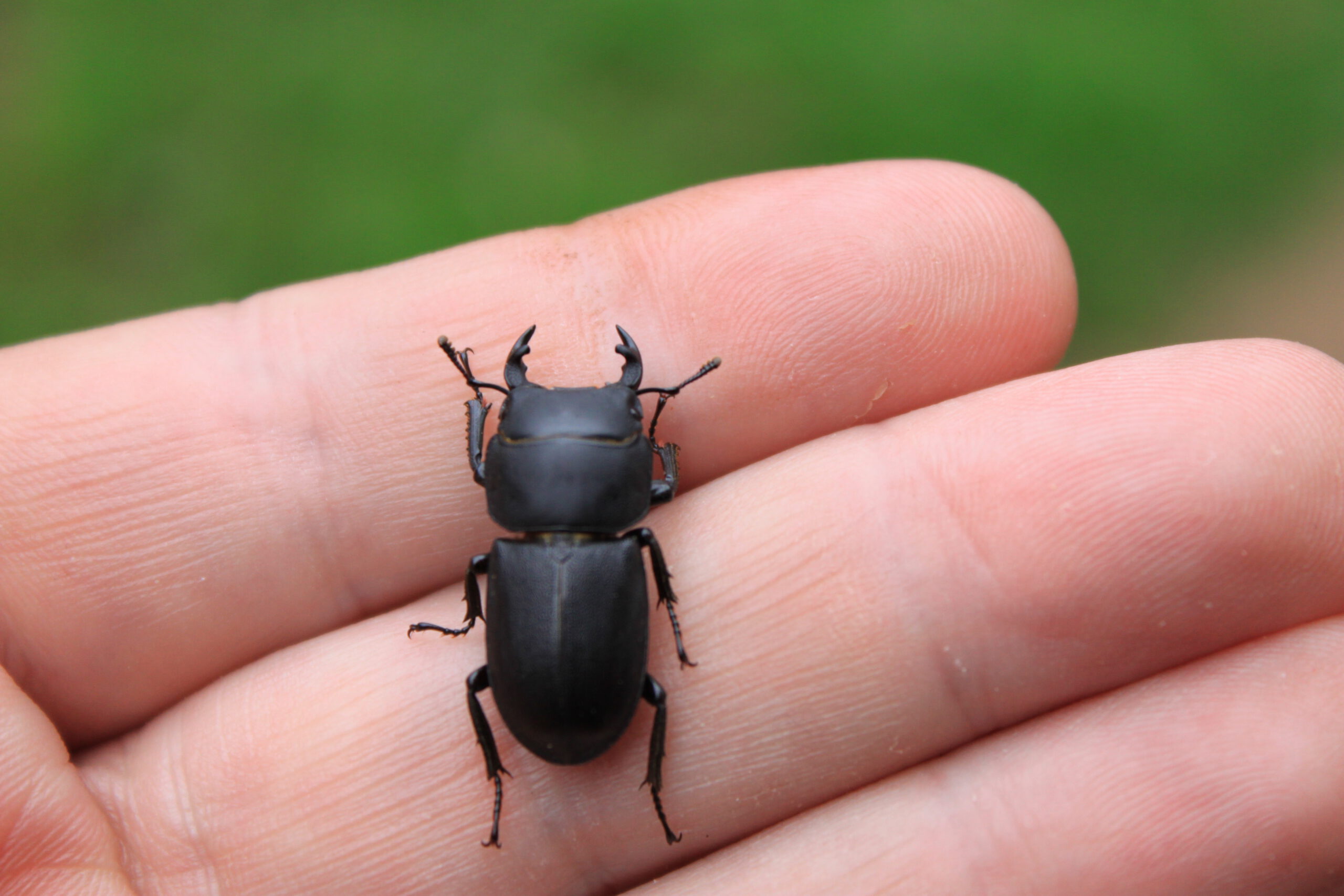 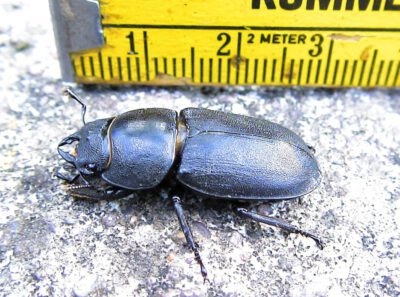 You can usually rule out or confirm this beetle based on its size. In case of doubt please send us a photo, without a direct living comparison it is difficult. 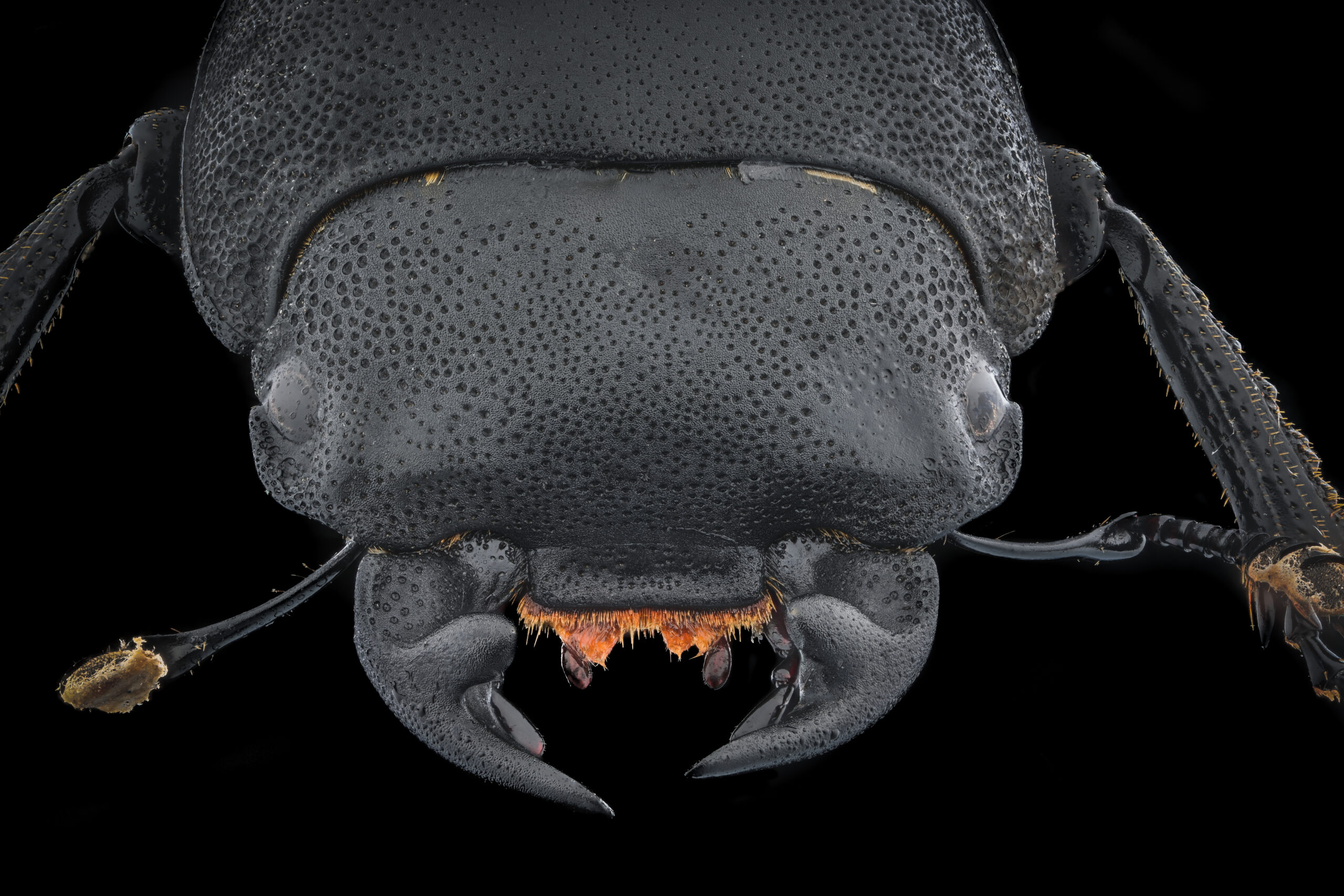 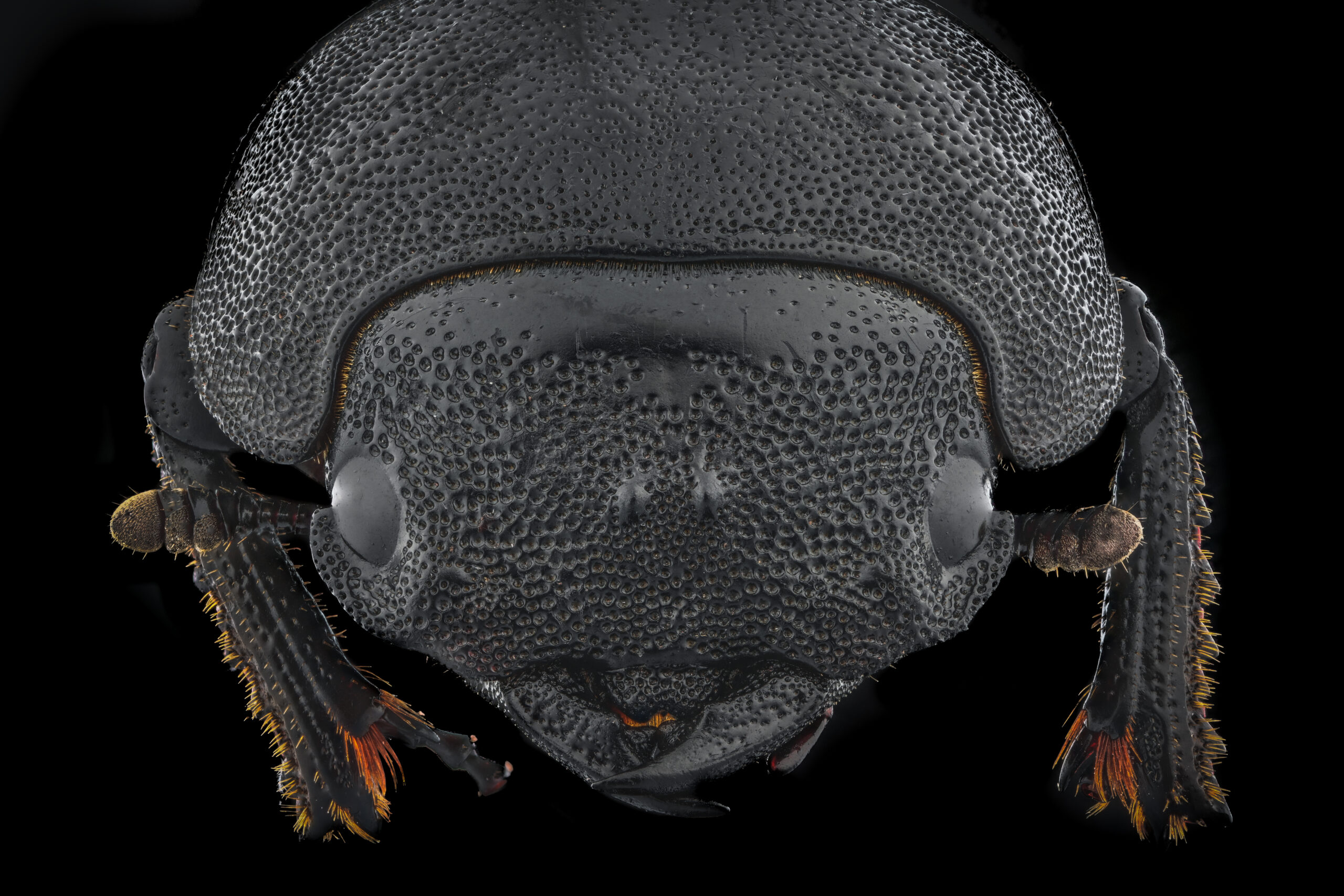 Preliminary: If you find a single beetle, it is often difficult to distinguish the two species, in 95% of the cases you can exclude the lesser stag beetle by its size.

However, as with us humans, there are exceptions in nature, e.g. larger lesser stag beetles up to 3.2 cm and very small stag beetle dodgers with 2.5 cm. In this case or at all with females send us a photo. You can, if you have time and the beetle can be looked at more closely (under protection), compare the beetle with our following photos.

Features that differ on closer inspection: 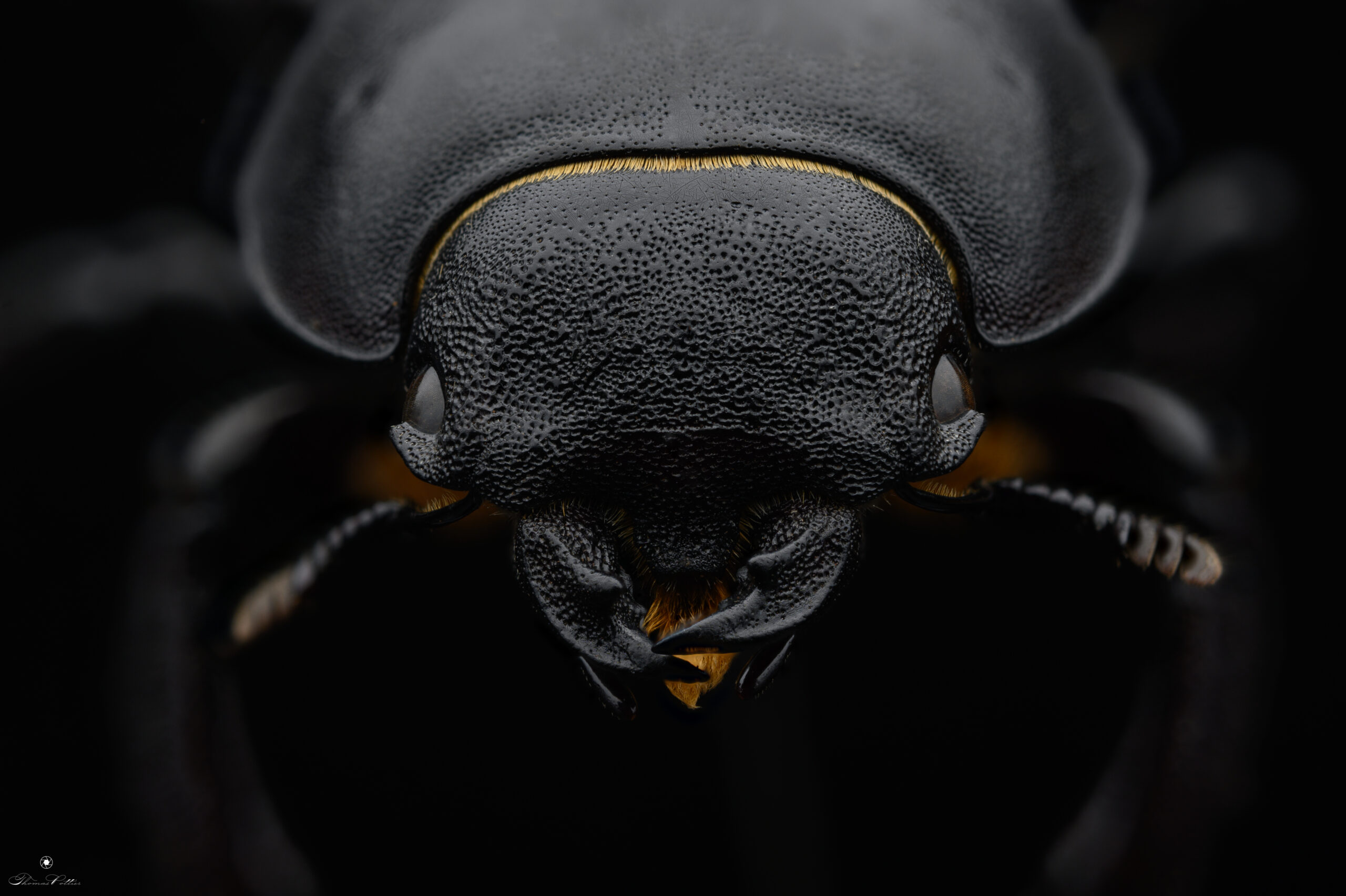 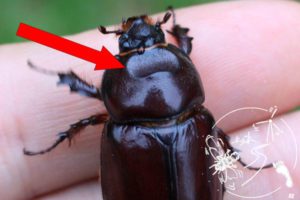 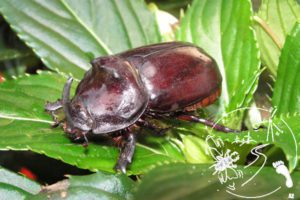 Other possibilities of mistakes 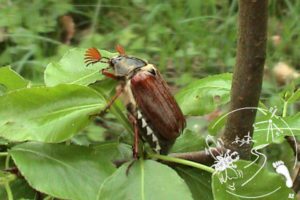 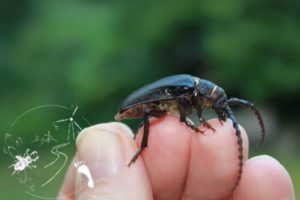