The stag beetle is a suitable guiding figure for us when it comes to biodiversity in the broader sense. We encourage and challenge citizens to engage with their environment, to sharpen their eye for what is hidden and also to value it. These are important foundations for the conservation of biodiversity.

Many people who report stag beetles develop into stag beetle friends who not only protect stag beetles, but also share and live a special way of thinking. Children who once had a stag beetle on their hand will remember that beetle, and not every one of those children -even with a good prognosis for the stag beetle- will ever be able to see, let alone touch, a stag beetle again. And it’s that memory that leads older people to us saying, “I saw a stag beetle in my yard last night, the first time I’ve seen one in 40 years.” If it then turns out that it even lives in their garden, that nest has found a protector and the stag beetle an advocate.

With this in mind, we are also taking on new challenges and addressing the issue of insect mortality in a sustainable way. 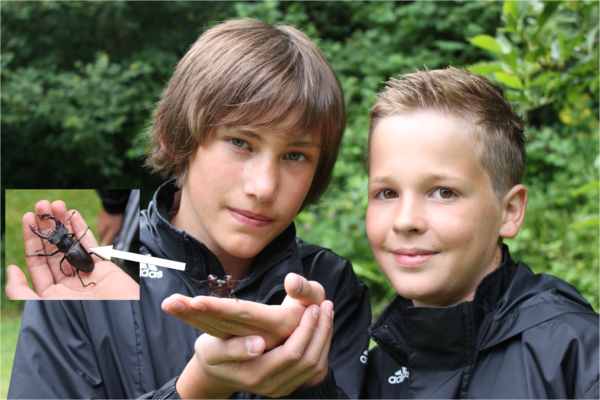 It is uncertain whether the two will hold a stag beetle in their hands again in their lives.

“The End of Evolution” by Matthias Glaubrecht (in German)