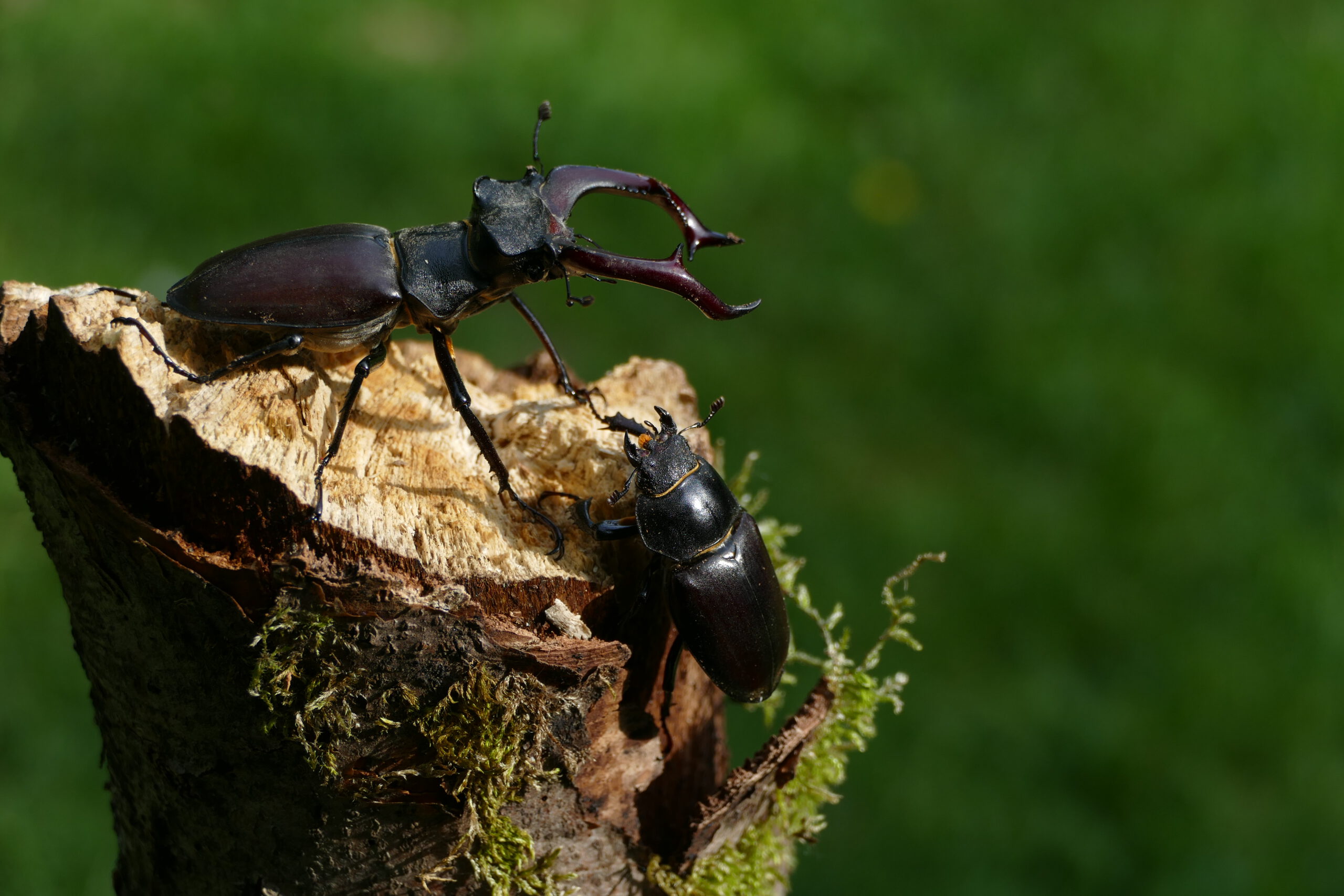 Stag beetles belong to the family of the Schröter (Lucanidae).

The name Schröter is derived from the crushing of the decaying wood. This is done primarily by the larvae and adult females.

Seven species are found in Central Europe. In addition to the stag beetle Lucanus cervus, they also include the lesser stag beetle Dorcus parallelipipedus. This one can easily be mistaken for the female stag beetle.

The stag beetle is our largest native beetle and is protected by law. This also applies to its developmental stages and nests. Stag beetles are useful because as larvae they accelerate humus formation.

In the stag beetle, the sexes differ clearly in their appearance.

This is primarily due to the size and shape of the mandibles (upper jaw). In the male, there is a striking resemblance to the antler shape of a red deer. The mandibles of the female are smaller and more inconspicuous. 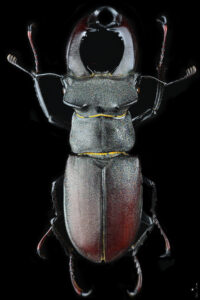 Male stag beetles look imposing, they are aggressive towards rivals. When facing predators, their mobile upper jaw, the “antlers” usually does not help them, on the contrary, it makes them stand out more. Staying still, motionless for minutes can be more effective than fighting back.
To call small stag beetles “hungry beetles” is questionable in many respects. They are often more agile, very reproductive, and do not attract as much attention from predators. In their overall design, stag beetles are built for flight, mating, and ruckus. They even have a kind of visor bar over their eyes. 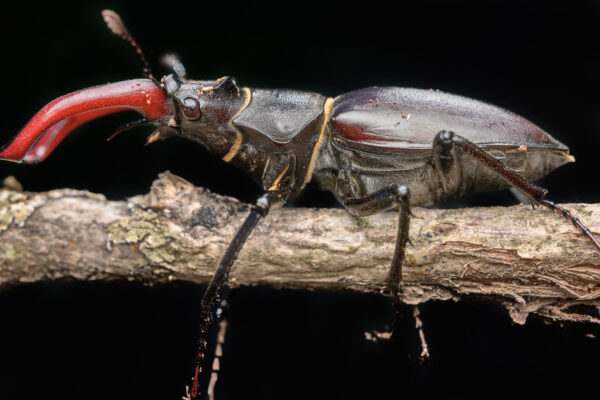 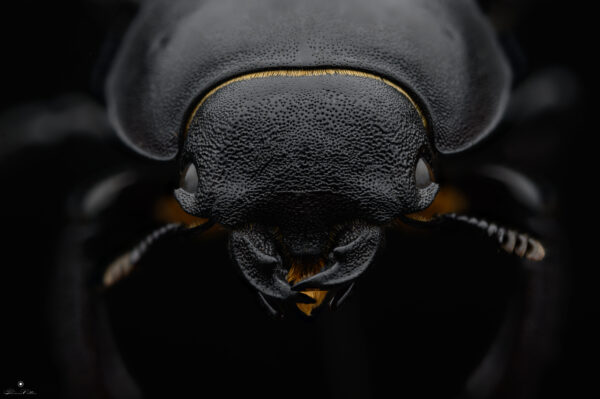 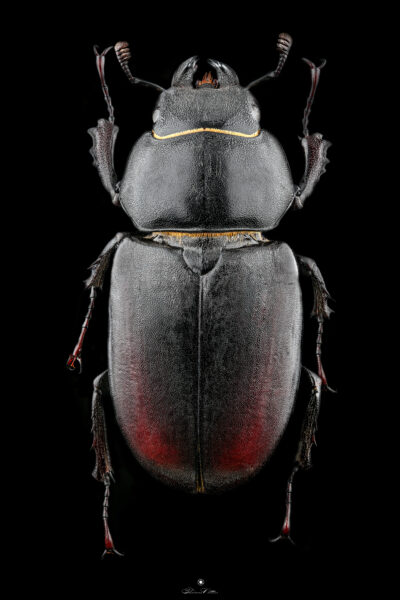 Female stag beetles appear rather inconspicuous, often move slowly, appear rather sluggish, which they are far from being. They are often not recognized as stag beetles at all.
Female stag beetles can also squabble and defend themselves very effectively with their smaller “antlers”. They can also fly, but do so much less frequently than the males. Their physique is entirely devoted to digging. The long and arduous journey 30-50 cm deep into the soil to lay the eggs requires a lot of energy and time. Digging legs and a shallow build are an advantage.
Stag beetle males are not very squeamish with the ladies, they also have a visor in front of their eyes, which should protect them a bit during the digging work. 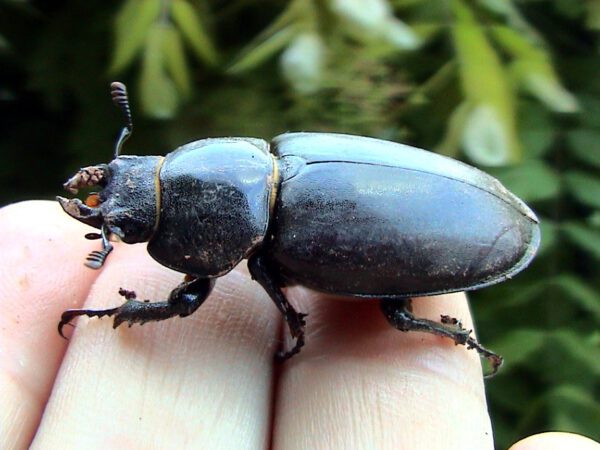 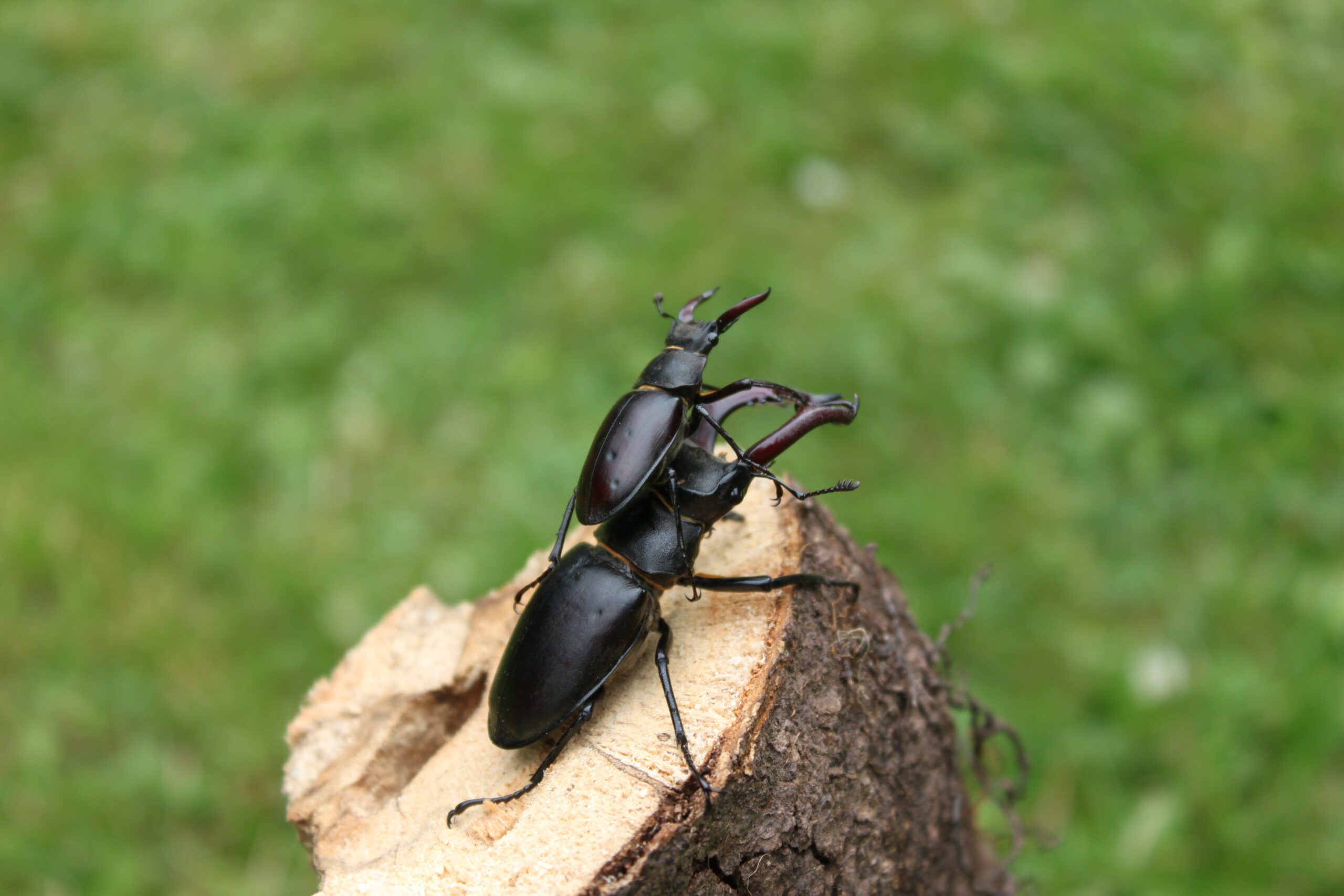 Especially in the male, but also in the female, there are very large variations in body size. The beetles do not grow after hatching. Not only these different body sizes provide for intraspecific competition, which is carried out via exciting rivalry fights.

Stag beetle to enjoy (in german)