The association Hirschkäferfreunde – Nature two e.V. was founded on May 30, 2011. The part of the name “Nature- two” stands for the cultural landscape, for which we have not found a suitable translation in English. English because we deliberately seek contact with European neighbors. In addition to the stag beetle, we also address the issue of insect extinction, both with media contributions and with practical projects such as planting and maintaining flower meadows, etc. Currently, the association has 100 members and has grown steadily since 2011.

One of the highlights in the history of the association was the 3rd European Stag-Beetle Meeting in Alf in 2013, where renowned scientists from large parts of Europe discussed stag beetle issues in Alf and agreed on common goals.
In 2018, the chairman Dr. Markus Rink was honored with an invitation to the inaugural visit of the German President Frank Walter Steinmeier in Wissen for the engagement in our association.
For us, 2019 and 2020 were marked by the UN Decade with the theme “Biological Diversity”. We entered a competition and won twice! A citizens’ vote by election and a jury of experts helped us to receive recognition of which the members of our association are proud.
The association acts supraregional, this concerns also the member advertisement. Thus already in Berlin, Bonn Dortmund and France first members joined. Through the chairman of the association, Markus Rink, we continue to have contacts with stag beetle specialists in many parts of Europe. 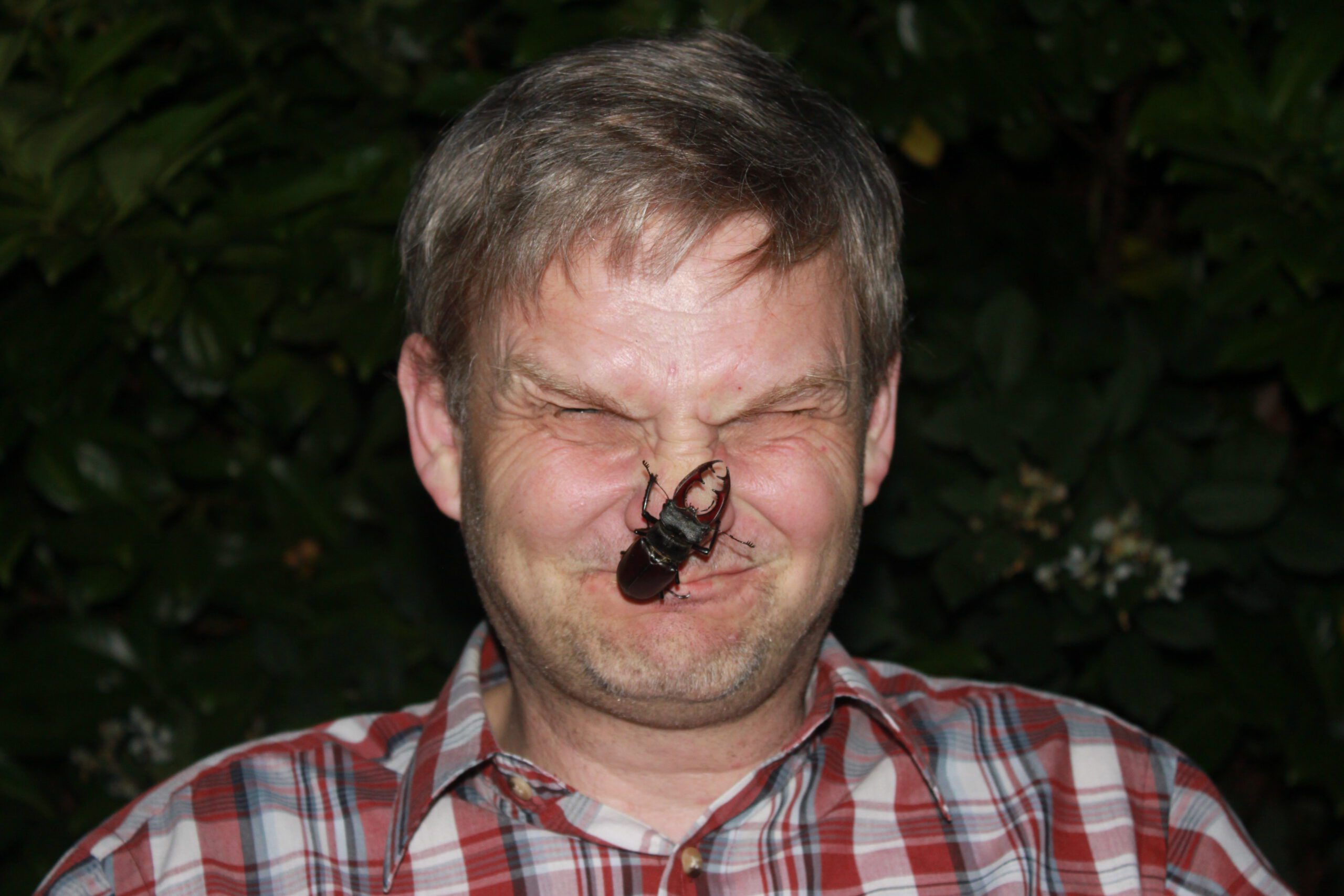 We take species protection very seriously. But we also want to have fun with our task. Every year (for 15 years) a stag beetle has the “honor” to be allowed to pinch my nose. Always in front of an audience (kindergarten/school). A somewhat painful cult for me, but I then proudly walk around with bruises for two weeks and was the hero of the children, who in turn have respect for strong stag beetles. After this exercise I put the brave children the beetle on the arm, never a child was pinched!